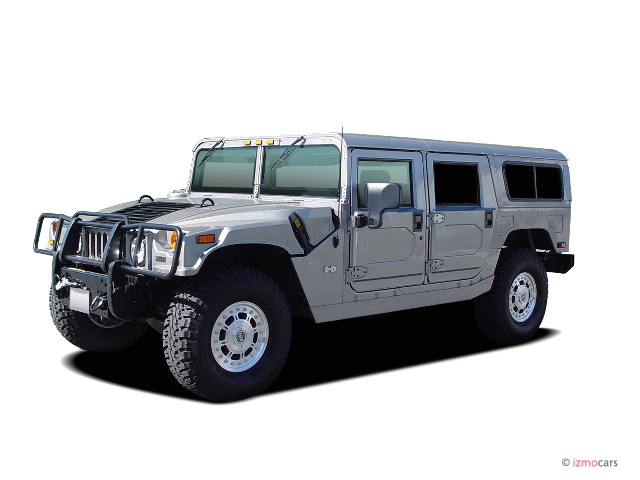 The authentic SUV experience has had some memorable torch-bearers over the past century, but perhaps none were as divisive as the HUMMER H1. The H1 was sold by General Motors under license from AM General, a military contractor that originated its design in the 1980s.

After years of proposals for a new generation of military transport vehicles, AM General finally began building its High Mobility Multipurpose Wheeled Vehicle (HMMWV), or Humvee, in 1985. It did its grunt work in combat scenarios around the world, but got 24-hour coverage during the brief 1991 Gulf War--a media moment that led to interest from actor Arnold Schwarzenegger and others, which led AM General to diversify and to begin building a civilian model.

The civilian Hummer was launched in 1992, and quickly gained legendary status even among rugged off-roaders thanks to its monstrous size and epic capabilities. With 16 inches of ground clearance and incredibly short front and rear overhangs, the vehicle was able to clear obstacles standing 22 inches high and handle a 60-percent grade. Perhaps even more impressive was that the H1 could easily ford through up to 30 inches of water. With a 72-degree angle of approach and a 37.5-degree angle of departure, even this tamer version of the Humvee could go nearly anywhere it wanted.

The Hummer drew so much interest from the ultra-wealthy and from celebrities, it drew GM toward a unique deal with AM General. In 1999 the companies inked a deal in which GM acquired the rights to develop new vehicles under the HUMMER imprint, and to sell the civilian Hummer as its own HUMMER H1.

Trudging power, atrocious interior accommodations, and unbelievable noise and vibration levels notwithstanding, the H1 accomplished GM's objective of crowning it the king of SUVs. Through seven model years, GM's HUMMER H1 only made gradual concessions to everyday drivers. Its powertrain was a 6.5-liter turbodiesel V-8 engine with 205 horsepower and a regime-toppling 440 lb-ft of torque, and was mated to a four-speed automatic transmission. Undeterrable off-road, the H1 had a four-wheel-drive system with an optional locking front differential and even an Off-Road Adventure Package for added climbing abilities. Four-wheel-disc anti-lock brakes, traction control, front and rear air conditioning, an ear-splitting Monsoon stereo, central tire inflation system, and heavy-duty hydraulic shock absorbers all were standard--as was a pricetag in the six figures.

At more than 7,000 pounds, the H1's acceleration was glacial, even though it was eventually reworked in a final edition for 300 hp and 520 pound-feet of torque. At its best, the H1 got 10 to 12 miles per gallon, a pittance for customers paying upwards of $150,000 for one in its final year on sale.

By 2006, the SUV craze had begun to moderate, making the H1 look like a moment of insanity on GM's part. Dealers had been minted, a whole brand launched--and the H1 was discontinued, leaving the GM-engineered HUMMER H2 and HUMMER H3 to fend for themselves as GM spiraled into financial ruin.

Be the first one to write a review on 2006 HUMMER H1
Rate and Review your car for The Car Connection! Tell us your own ratings for a vehicle you own. Rate your car on Performance, Safety, Features and more.
Write a Review