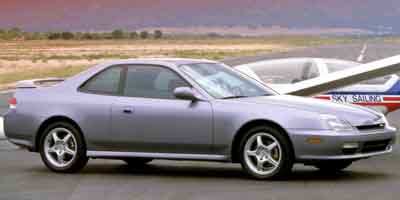 The Honda Prelude was a performance-oriented coupe, sold by Honda in the U.S. from the 1979 through 2001 model years.

With strong but fuel-efficient four-cylinder engines, front-wheel drive, a lean driving feel, and an emphasis on performance-oriented tech features, the Prelude served as a unique counterpoint both to traditional American muscle coupes and more exotic performance machines from Italy and Germany.

The version that you're most likely to find used at this point is the fifth-generation Prelude, which was made for the 1997-2001 model years. While a bit heavier than previous versions, this version of the Prelude was up to the reputation of its predecessors—lean and neat from the driver's seat, with an eager 2.2-liter VTEC four-cylinder engine (making either 195 hp or 200 hp) and an excellent five-speed manual transmission, as well as very nicely weighted steering.

Overall, these last Preludes are some of the best-driving ones yet, especially in top-performance Type SH form, where they included an Active Torque Transfer System that helped send torque to whichever of the front wheels could use it best; we found the system not only cured any signs of torque steer but also made the car feel especially athletic and more dynamically neutral than most front-drivers.

Across these versions, the styling has held up very well over time, as has the interior styling. Cabin appointments, however, tend to show how far newer cars have come in terms of noise and refinement. There isn't really enough space for adults to sit in comfort; but it's enough space for a trip out to lunch.

Fourth-generation Prelude models (1992-1996) are visually the outliers, if you look at the progression of the Prelude over time, although they delivered impressive performance and a more refined experience overall than the third-generation version (1987-1991) that preceded them. But those third-gen Preludes are widely thought to be the technological peak of the Prelude badge—when with features like 16-valve fuel-injected engines, four-wheel steering, light-weight materials, and a limited-slip differential, the Prelude was far ahead of many rivals that cost the same money, and could outperform a number of exclusive, higher-profile performance cars.

Pricing—and perhaps a step too far in the conservative direction—ironically was what eventually doomed the Prelude, which stickered at nearly $30k in its last 1997-2001 Type SH guise. It was suspected that many wannabe Prelude shoppers instead ended up getting the Accord V-6 Coupe—at a lower price. That said, on the used market today, the fifth-generation Prelude is a great used-car performance bargain.

Rate and Review your car for The Car Connection! Tell us your own ratings for a vehicle you own. Rate your car on Performance, Safety, Features and more.
Write a Review
1996 Honda Prelude 2-Door Coupe Si Manual 2.3L

Why did Honda stop Manufacturing this Magnificent Car??????

This is my fourth (4) Honda Prelude. Like me, the engine is still going strong, however, the body needs a little work. Signed: Pink Wipers
people found this helpful.
Was this review helpful to you? Yes
For 2001 Honda Prelude