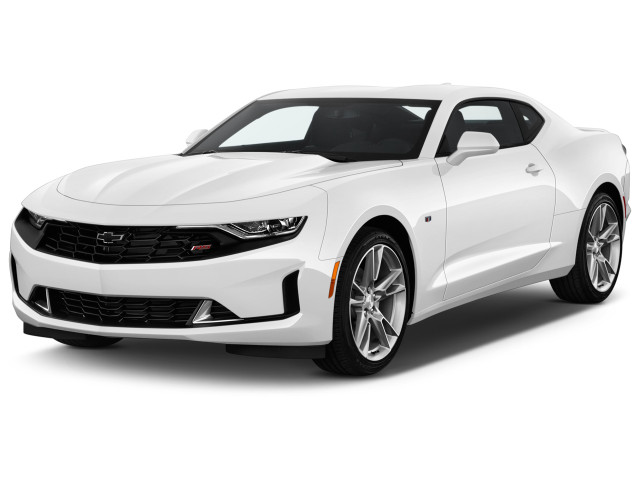 The Chevrolet Camaro is a two-door coupe or convertible pitted against the Ford Mustang in an annual dogfight. It also competes with the Dodge Challenger, all three are locked in a long-running feud for the attention and dollars of fanboys across the world.

The Camaro's classic formula hasn't changed: business in the front, party in the back. Wait, that's "Camaro hair." The Camaro's automotive formula is power up front, driven wheels in the back—performance and style come first.

A new Camaro was introduced for 2016. The lineup includes a turbo-4, as well as V-6 and V-8 models, in both coupe and convertible form.

The sixth-generation Camaro is significantly lighter and smaller than its predecessor, which gives it a more nimble feel and improved fuel economy. Styling is reminiscent of the last-generation model with fewer sharp creases and a tidier overall package, as well as a much more attractive cockpit, albeit one with a smaller back seat.

Inside, the sixth-generation Camaro has good front seat room, but a very tight rear seat. Chevy offers 7.0- and 8.0-inch versions of its MyLink infotainment system, both with Apple CarPlay and Android Auto that goes wireless for 2021. The infotainment system was updated for 2019 to be more intuitive and to use cloud data to improve the navigation system and to help personalize the system.

The Chevrolet Camaro SS was named Motor Authority's Best Car To Buy 2016, over rivals like the Ford Shelby GT350 Mustang.

For 2017, Chevy added the supercharged, 650-horsepower V-8 Camaro ZL1 for both the coupe and convertible. Also new were the 1LE handling package, a 50th Anniversary Edition package, a “FIFTY” badge on the steering wheel of all models, and a Teen Driver feature that allows parents to set controls and review driving habits.

In addition to the greater availability of the 10-speed automatic and the updated infotainment system, the 2019 Camaro received an updated look front and rear for all but the ZL1, available forward-collision warnings (but without automatic emergency braking), and an available rear camera mirror. The 1LE package also became available with the turbo-4.

In the 2020 Camaro, Chevy reshaped the car's front end again, paired its V-6 engine with the 10-speed automatic, and fitted the V-8 engine to the less expensive LT1 model.

In addition to wireless Apple CarPlay and Android Auto, the 2021 Camaro gets a Wild Cherry Red Tintcoat color that is also part of a variety of design packages.

Introduced in 1967 as a response to the stunning success of the Ford Mustang, the Camaro has had its ups and downs in its 50 years on the car scene. Paired until the early 2000s with a companion Pontiac Firebird, the Camaro has been offered in six different generations as a two-door sports coupe, with V-6 or V-8 power and rear-wheel drive. Special editions have included the Camaro RS, Camaro SS, and Camaro IROC-Z, and convertible and T-top body styles.

Until 2002, GM had built the Camaro in each model year for 35 consecutive years, but GM decided to kill the muscle car in 2002, ending production of the then-composite-bodied Camaro in Canada.

The Camaro nameplate wasn't revived until the 2010 model year, when the car was relaunched as a coupe. It retained the same basic setup—a choice of V-6 or V-8 engines, manual or automatic transmissions, and rear-wheel drive—but was somewhat larger than the car that preceded it. It used a rear-drive architecture that was originally planned for use throughout GM, including in Buick and Cadillac luxury vehicles, but only found a home under the Pontiac G8, a handful of Holdens, the Chevy Caprice fleet vehicle, and Chevy's SS sedan. GM built this Camaro at its factory in Oshawa, Ontario, Canada.

The fifth-generation Camaro took its cues from classic 1960s models. The homage pieces included vent-like indents in front of the rear wheels and the brow over the headlights. The interior of the Camaro used square gauges and additional meters at the base of the center stack, as well as a deep-dish steering wheel that recalled the 1967 model.

Base editions of the fifth-generation Camaro got a 323-hp, 3.6-liter V-6 used in other GM cars, coupled to 6-speed manual or automatic gearboxes. The Camaro SS borrowed the previous-generation Corvette's 6.2-liter V-8, offering it in two detuned strengths—a 400-hp version with a 6-speed automatic, and a 426-hp variant teamed to the 6-speed manual. Convertible versions were available for both the SS and V-6 models.

New for 2012 was the ZL1, a 580-hp beast that rode on magnetic dampers and bore an even fiercer look than the SS. It was joined in the 2013 model year by a convertible edition.

Older Camaros have been derided for clunky handling from live-axle rear ends; the fifth-generation Camaro rode on an independent rear suspension and simply drove better, smoother, and with less twitchiness than ever before. That was even more the case with the SS and with its 1LE package, which received tires sized identically front to back, stiffer anti-roll bars, and other suspension revisions to give it neutral, track-ready handling. This Camaro even offered a special Hot Wheels edition for the nostalgic collector.

An updated 2014 Camaro brought slightly redefined looks, including a rather significant visual re-working of the front end, with a narrower headlight and grille opening adding a dose of aggression. (ZL1 models kept the older front end for better cooling.) The 2014 Camaro also saw the return of the famous Z/28 model—in a more fiercely track-inspired form than ever.

Rate and Review your car for The Car Connection! Tell us your own ratings for a vehicle you own. Rate your car on Performance, Safety, Features and more.
Write a Review
2018 Chevrolet Camaro 2-Door Convertible 1LT

This is a dream come true...one hot car...fun to drive!

good car would rather have a corvette

good car would rather have bought a corvette, they didn't have a red one so I bought a Camero
people found this helpful.
Was this review helpful to you? Yes
2017 Chevrolet Camaro 2-Door Coupe 2SS

This is the best High Performance Vehicle I have ever owned bar none !