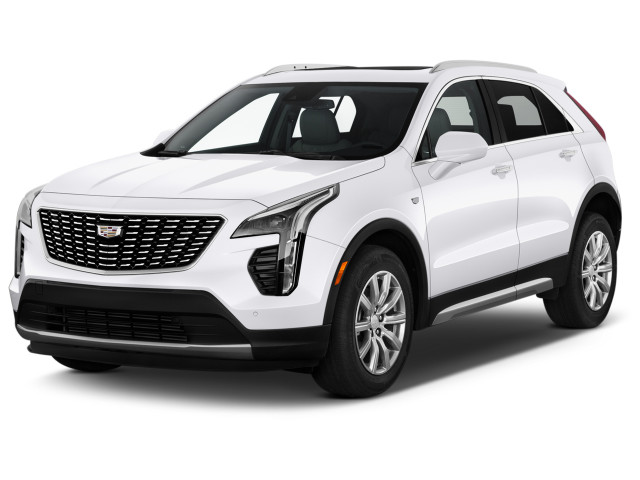 It’s a direct challenge to the hordes of compact premium crossovers fielded by brands such as Lexus and Audi—and it’s also Cadillac’s smallest vehicle in a generation.

For 2021, the XT4 sees a handful of minor trim changes, plus wider availability of leather upholstery and active safety gear.

The XT4 joins the Cadillac family as the smaller sibling to the XT5. The visual kinship between the two is minor. The XT4 wears blade-style headlights and boasts the same sharp angles and prominent grille.

It distinguishes itself with a wreathless badge and a more steeply raked rear window. More expressive taillights stand out from not just the XT5, but other members of the Cadillac family. The primary styling cues here are hard to miss—sharp , almost tactile lines that contribute to the same refined, modern styling we’ve grown to expect from Cadillac.

All XT4s get a 2.0-liter, turbocharged 4-cylinder with 237 horsepower and 258 pound-feet of torque. It works alongside a standard 9-speed automatic, which sends power to either the front wheels or to GM’s twin-clutch all-wheel-drive system.

Cadillac claims the XT4 can return up to 30 mpg on the highway, as well as 25 mpg city and 27 mpg combined. Standard cylinder deactivation and stop/start technology, along with the 9-speed auto, help achieve those numbers.

MacPherson struts in front and a five-link independent rear underpin the XT4, while adaptive dampers can be fitted for a more controlled ride and sharper handling on the XT4 Sport.

Despite its American heritage, the XT4 is on the small side for this class. It’s shorter, both in overall length and the distance between the axles, than the comparable German crossovers. And yet, Cadillac claims 39.5 inches of second-row leg room, a class-leading stat that could make the XT4 useful for carrying four adults.

The sacrifice required for that impressive stat—a smallish cargo hold—hurts the baby Cadillac. With just 49.5 cubic feet of maximum cargo volume, the XT4 simply can’t haul as much stuff as some of its rivals.

The Cadillac User Experience (CUE) infotainment system features a rotary controller for managing information on its standard 8.0-inch display It provides a welcome alternative to the occasionally recalcitrant touchscreen.

The XT4 seems like a natural companion to an iPhone X or Samsung Galaxy S9. It features a new Bluetooth pairing procedure that uses near-field communications—the same principle that Apple Pay and Samsung Pay are founded on—to make setup easier, while a 15-watt wireless charging system allows for faster charging without cables.

Active safety systems are available, but Cadillac limits them to the Premium Luxury and Sport trims, and even then, they’re optional extras.

Be the first one to write a review on 2021 Cadillac XT4
Rate and Review your car for The Car Connection! Tell us your own ratings for a vehicle you own. Rate your car on Performance, Safety, Features and more.
Write a Review