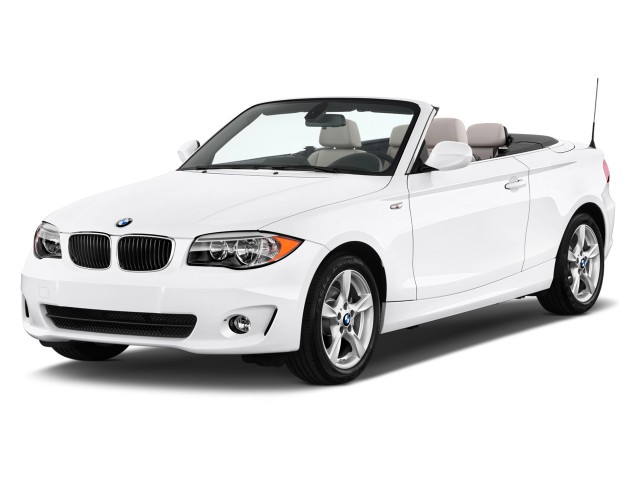 The BMW 1-Series was BMW's entry-level coupe and convertible - until the duo was replaced for the 2015 model year by the new BMW 2-Series.

The first 1-Series arrived on the U.S. scene in 2008, and continued largely unchanged through 2013. A minor engine redesign in 2010 saw the older twin-turbo engine of the 135i replaced with a twin-scroll, single-turbo 3.0-liter in-line six-cylinder. The base engine remained consistent: a 3.0-liter normally-aspirated in-line six-cylinder in the 128i. Both engines provided smooth, sonorous power and good low-end torque, but the turbocharged engine in the 135i was notably more powerful, at 300 horsepower and 300 pound-feet of torque to the 128i's 230 horsepower and 200 pound-feet of torque.

Like other BMWs, the 1-Series offered a wide range of options, from exterior appearance items like various wheel, paint, and interior materials to high-tech gadgetry and convenience items--though the 1-Series missed out on some of the highest tier of tech found in the 5-Series and 7-Series.

The look of the 1-Series bore hallmark modern BMW traits, with the headlights, kidney grille, and relatively long hood that identifies the brand's coupes. In convertible form, a cloth top did duty where many alternatives, including BMW's own Z4, use a hard top. Inside, the design was spare but modern, with well-executed construction and quality materials. Optional upgrades added various levels of wood and metal trim to the dash, console and doors, while a range of upholstery colors and leather grades offered the chance to take the 1-Series further up-market.

The 128i was available with either a six-speed manual or a six-speed Steptronic automatic transmission, while the 135i replaced the automatic with an optional seven-speed DCT dual-clutch transmission. The briefly available M Sport package gave the 1-Series a more aggressive look, but the 1-Series M Coupe, a single-model-year run limited-edition for 2011, brought even more aggressive styling and a power boost to 340 horsepower.

There were no significant changes for the 2012 model year, but for 2013 BMW added special 135is Coupe and Convertible models to the lineup, featuring a higher-output 320 hp engine plus various performance enhancements and added equipment like xenon headlamps and sport seats.

For 2014, there's a special Limited Edition Lifestyle version of the 1-Series coupe and convertible.

The 1-Series now lives on as the BMW 2-Series, to better fit with BMW's newly announced model strategy. As for the future of the 1-Series nameplate? BMW is reportedly working on a range of front-drive vehicles to adopt it.

Rate and Review your car for The Car Connection! Tell us your own ratings for a vehicle you own. Rate your car on Performance, Safety, Features and more.
Write a Review
2013 BMW 1-Series 2-Door Coupe 128i

for a Youngster like me, this car meets up with my demands and is more than convenient for me. also, it attracts people especially women

the 6 speed manual transmission does it for me. need I say more? rear wheel drive? (oh yes), luggage space is a minor problem, but it's all i could ask for.
people found this helpful.
Was this review helpful to you? Yes
For 2013 BMW 1-Series

All the BMW attributes, not the cost

Did have an engine problem which initially could not be found, but that has now been repaired.

Maybe we are still getting used to it, but even on this base car, some of the functions seem a bit hard to figure out, but we are still learning. + More »
people found this helpful.
Was this review helpful to you? Yes
2010 BMW 1-Series 2-Door Convertible 128i

Life's way too short to be driving a Honda...

With a stellar power-to-weight ratio, intoxicating sound, simple controls and fast-deploying convertible roof - the 2010 BMW 128i is really ALL the car many people who beg for a joyful daily driving experience crave. + More »
people found this helpful.
Was this review helpful to you? Yes
See More Reviews