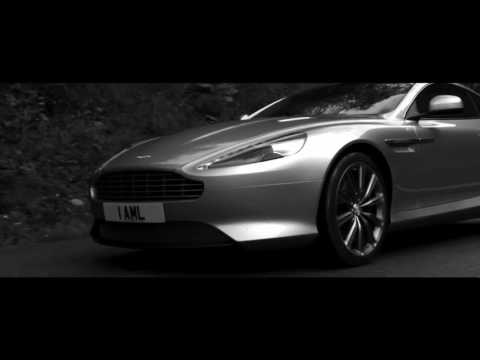 The Aston Martin DB9 is a two-door, four-seat sports car introduced in the 2005 model year in the U.S. It's a stylish and luxurious grand tourer that sits below the carbon fiber-bodied Vanquish in the Aston range.

As it approaches replacement by the DB11 during the 2016 calendar year, the car gets a new name: DB9 GT, along with several updates.

Aston also offers a bespoke program, called Q by Aston Martin, that caters to the needs and wants of its customers through customized paint, interior, and trim.

Aston Martin introduced the DB9 in 2004 as a 2005 model in the U.S. market. It replaced the DB7 and brought a lightweight aluminum body to replace the old car's steel structure.

The DB9 was one of the first to be based on Aston's now-prolific VH modular platform, which has underpinned all of its recent models save for the Toyota-based Cygnet microcar.

Aston was owned by Ford when the DB9 was designed and released, and like its cousin at Jaguar the company made great strides in increasing body rigidity. The work paid off when the lightweight structure was mated with the DB9's 450-horsepower V-12 engine. The transmission then was a ZF six-speed automatic with steering-wheel controls.

The DB9 also featured an aluminum control-arm suspension and big, 19-inch wheels and tires, as well as a host of electronic safety systems such as stability control--making it the most sophisticated Aston Martin product to date.

Performance in those first years was stunning, if not quite to the level of Porsche or Ferrari four-seaters to come. The DB9 could hit 60 mph in under 5 seconds and continue on to a 180-mph top speed.

In 2011, the Aston Martin DB9 saw some of its most comprehensive updates since launch. A new grille design and a new front bumper refreshed the look, along with clear taillamp lenses and 20-inch wheels. The V-12 engine was massaged to 470 hp and 442 pound-feet of torque, mated to the paddle-shifted automatic, while 0 to 60 mph times dropped to under 4.6 seconds. An adaptive suspension became available, allowing ride comfort and response to be switched between sport and comfort modes. Tire-pressure monitors were added, and a Bang & Olufsen audio system offered audiophile-quality sound.

Aston Martin introduced the Virage in 2012. It was a strikingly similar car to the DB9 but with slight powertrain differences and some exterior styling cues derived from Aston's One-77 supercar. It had been intended as a companion piece--or replacement--for the DB9, but after just a year of availability, Aston Martin withdrew it. The following year, Aston introduced a refreshed DB9 for the 2013 model year, borrowing heavily from the Virage's look and mechanical set. That 2013 model inherited some of the Virage's details, most notably the LED side repeaters and grille.

For 2016, the interior changes over to the AMi II touch-sensitive infotainment system, and the exterior gets black paint on the splitter and diffuser, revised headlights and taillights, new 10-spoke 20-inch wheels, and black anodized brake calipers. There is also a limited run of 150 Bond Edition models that come with Spectre Silver paint, interior and exterior badging, a carbon fiber splitter and diffuser, Globe Trotter luggage, and an Omega Seamaster Aqua Terra James Bond Limited Edition watch.

Be the first one to write a review on 2016 Aston Martin DB9
Rate and Review your car for The Car Connection! Tell us your own ratings for a vehicle you own. Rate your car on Performance, Safety, Features and more.
Write a Review